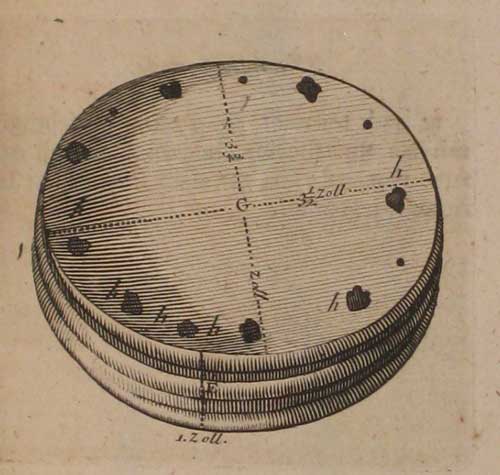 ‘Steams and Fumigations are accounted amongst the more valuable Remedies, and truested to in the most pressing Necessities; but if they are not administred with due regard to all Circumstances they prove hurtful, and are to no purpose. Yet I will not deny, but that from the Constitution of the Parts concerned, there seems not any thing to forbid their Use’ dry and tense Lungs are softened by their Humidity, moist and relaxed, hardened by their Dryness; those covered with Putrifaction and Viscosities are cherished by them, and the sordid Ulcers of all kinds deterged; as also doth the like careful Management prevent all Influx of fresh Matter upon the affected Parts: And if we regard the Crasis of the whole Constitution, even a Fever does not contraindicate the Use of these Remedies; for Fumigations of the most subtile Nature carry not their Heat beyond the Organs of Respiration, and I have been compelled to use different kinds of Remedies, according to the various Lodgments of the obstructing Matter, according to the Nature, Proportion and Motion of the Suffusion, and according to the Disposition and Capacity of the receiving Part, tho’ in every one of these kinds there is one particular Ingredient at its Basis, of which at present I am not permitted to make any mention.’

Bennet (1617–1655) gives us guideline for the use of such fumigation techniques:

‘Vapours are chiefly accommodated to Patients of a more dry Temperature, and I have known them to be greatly serviceable at the beginning of the critical Suffusions that return every Day…. The Reception of a Steam into the Lungs is at first very troublesome, though afterwards it grows more easy when the detersive Quality is over, which is soon.

Suffumigations are not to be administered immediately upon an Erosion of the Vessels, or the Parenchyma of the Lungs; but fourteen Days at least after the spitting of Blood nor before any periodical Suffusion especially of a large Discharge, but two days at least after the Collection or Fluxion is perform’d….’

Bennet’s text, was undoubtedly intended to be the beginning of a much larger exploration of the subject of tuberculosis but his untimely death at the age of 38 in the year following the first edition of 1654 meant that his plan was never brought to fruition. In spite of that his work proved popular and was reprinted a number of times both in and beyond England. As Payne (2004) had outlined, one reason why the text was so popular was its experiential basis: Bennet focussed on case histories rather than repetitions of ancient authors. He aimed to be as comprehensive as was possible in so short a text and alongside the above rules for the administering of the treatment of fumigation he extended his directions to include rules for the type of clothing that should be worn, the forms of exercise most beneficial and the best body postures.

Fumigation was a treatment also favoured by Sir Richard Blackmore, another of William III’s physicians-in-ordinary, who was particularly enthusiastic about the uses of sulphur:

‘That which seems most to be endowed with a particular appropriate Virtue in Consumptive Cases, and so comes nearest to a Specifick, is Sulphur, or Medicines of oily, balsamick, and sulphurous Parts; for since the native Balsam of the Blood in his Distemper is too much impoverished and depressed, while the acid and austere Parts are too much exalted and become exorbitant, as they are in most chronical Diseases, it is agreeable to Reason, that Sulphur and balmy Remedies should be most proper to restore the due Temperament and Constitution of the Blood, by supplying the Want before mentioned: And this is confirmed by Practice and Observation.

It is for this that Sulphur is so much honoured by the Chymists, as to be stiled the Balsam of the Lungs. And hence it is, that those Countries, as I have been informed, where the Inhabitants burn Turf as their common Fuel; as in Holland, and some parts of England, which therefore are remarkable for a sulphurous Odour, not only are more free from Consumptions, but eminently contributed to the Cure of those that are obnoxious to that Distemper, and did not the sulphurous Fumes, spreading from burning Turf, qualify the moist Atmosphere of the United Provinces, and correct the exhaling Reeks and raw Fogs that hand in the Air, it must be much more injurious to the Health of the Inhabitants.’

Sir Richard Blackmore, A Treatise of Consumptions and other Distempers

But fumigation was not the possible treatment. In Blackmore’s view there were a number of treatments that might be undertaken in the cure of what he called ‘accidental’ consumptions. The first recourse was to bleeding ‘to make Room for the free Circulation of the Blood’, an understanding initial treatment given his humoral understanding of the disease and hence his emphasis on restoring the internal balance of the four galenic humors. His second and third options, ‘Gentle Vomits to discharge the Crudities and impure Humours of the Stomach’ and ‘Gentle Purgatives’ should likewise be viewed as extensions of this policy.

Bennet in the main agreed with these treatments, suggesting ‘Manna, Agarick, Mechoacan, Turpentine, Ammoniacum, Rhubarb, and Cassia’ as ‘Simple Purges’ and ‘Solutive Syrup of Roses with Agarick, Syrup of Cichory with Rhubarb, Syrup of Buckthorn’ as examples of ‘Compound Purges’. He likewise offered specific remedies, such as his ‘Decoction of Snails’:

Specific remedies such as these were only half the medicinal picture: the patient had also to look to his dietary choices and the proper method of food preparation to ensure a healthy constitution, one which might withstand the disease.

*All treatments and remedies mentioned on this page refer to seventeenth and eighteenth-century remedies and should not be attempted. To find out more about tuberculosis today see the following website: